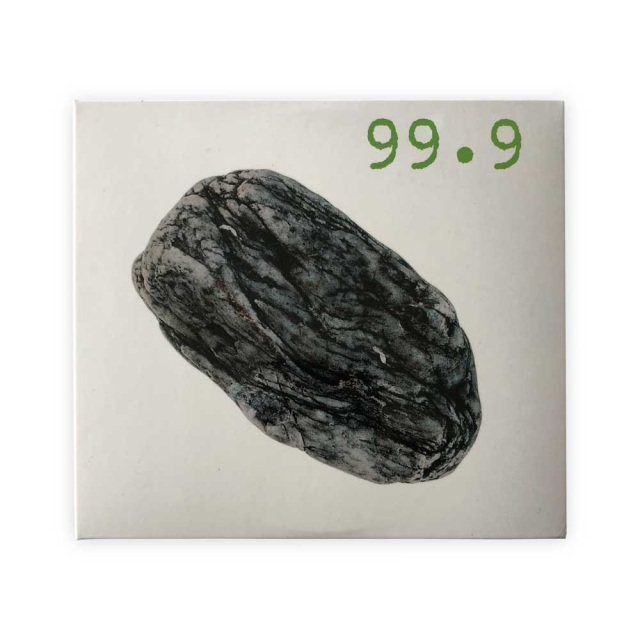 Welcome into the very core of a mechanism that’s been persisting since the dawn of time.

Simultaneously to his current Prothèse and NothingButNoise projects, prolific musician Daniel B. introduces "Silex" (French for flint), a colossal double album which analyses the duality between accretion and erosion mechanisms. Under the 99.9 moniker which indicates the obvious follow-up to his collaboration with violinist Edwin Vanvinckenroye with whom he recorded the "99.9" album which was released at the beginning of 2018, the multi-instrumentalist unveils a completely unexpected content this time around, quite the opposite to the compositions on that first album which were in the very Prothèse’s electro-kraut style. If the core band members are the same, bringing double bass musician Joris Vanvinckenroye - Edwin’s brother - into the fold for the recording of "Silex" lead to a radical change of the aural direction of the project. The album gathers a wealth of strings and synths layers mixed with each other in order to produce a serious and ritual record, where contemplative tracks alternate with overactive moments, between ambient, neo-classical and soundtrack, sticking to new composition codes. This conceptual record offers four versions of the same theme onto four intense, huge and timeless pieces of music, two pairs delivered through two records, and which are to be listened to with the feeling of watching millions of years passing by before your eyes at high speed. Following the running order, « Origin & Dissolution », « Naked Sand », « Corrosion » and « Erosion » as four long tracks all capture the slow and eternal test of time on rocky material which formed through an equally slow aggregation process. Whether it is chemical (« Corrosion ») or mechanical (« Erosion »), its inevitable dissolution will end up as white sand, which will eventually aggregate again as flint through chemical precipitation under favorable conditions. Subtle exercise designed to translate the perpetual renewal by introducing a blurred line between origins and the end of a process, « Silex » established itself as a record of ancestral melancholy, both one-of-a-kind and essential in the outstanding discography of a first class aural composer .

Welcome into the very core of a process that’s been persisting since the depths of time.